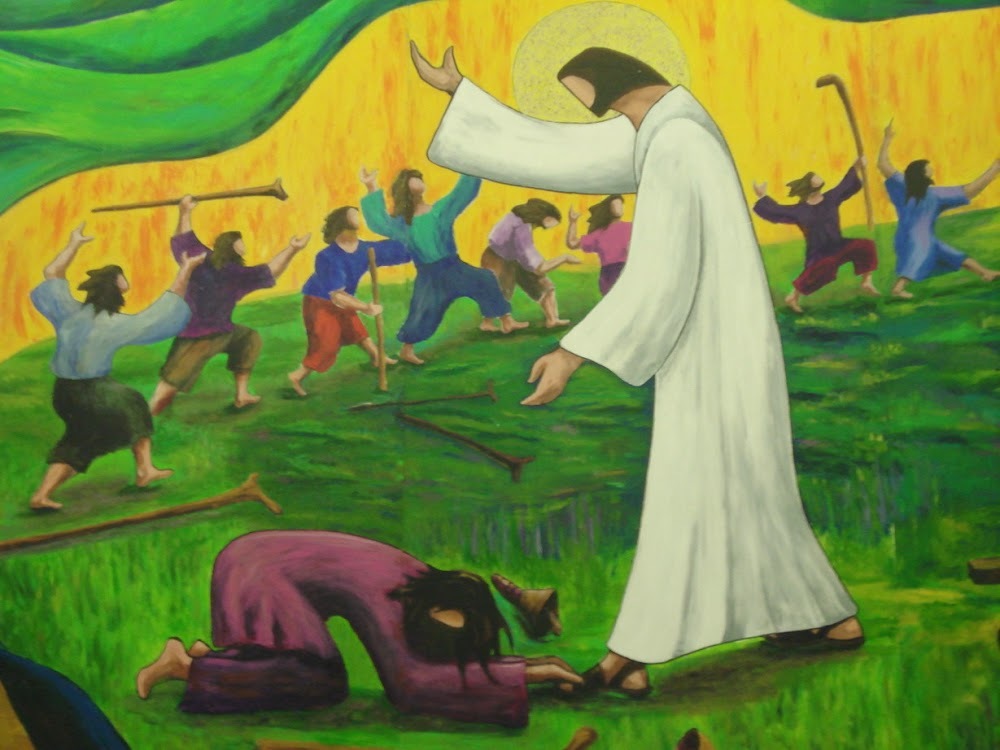 As he was entering a village, ten lepers met (him). They stood at a distance from him and raised their voice, saying, "Jesus, Master! Have pity on us!" And when he saw them, he said, "Go show yourselves to the priests." As they were going they were cleansed. And one of them, realizing he had been healed, returned, glorifying God in a loud voice; and he fell at the feet of Jesus and thanked him. He was a Samaritan.