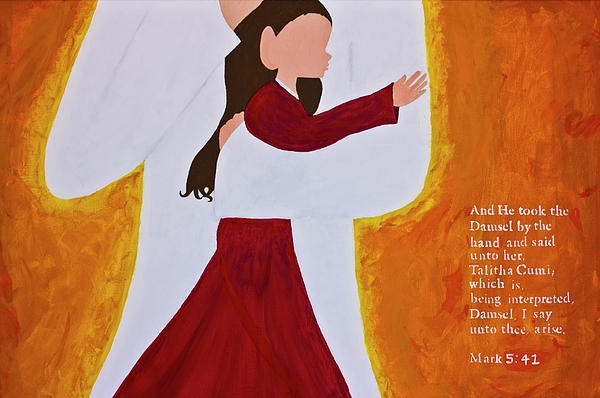 So he went in and said to them, "Why this commotion and weeping? The child is not dead but asleep." And they ridiculed him. Then he put them all out. He took along the child's father and mother and those who were with him and entered the room where the child was. He took the child by the hand and said to her, "Talitha koum," which means, "Little girl, I say to you, arise!" The girl, a child of twelve, arose immediately and walked around. (At that) they were utterly astounded. He gave strict orders that no one should know this and said that she should be given something to eat.