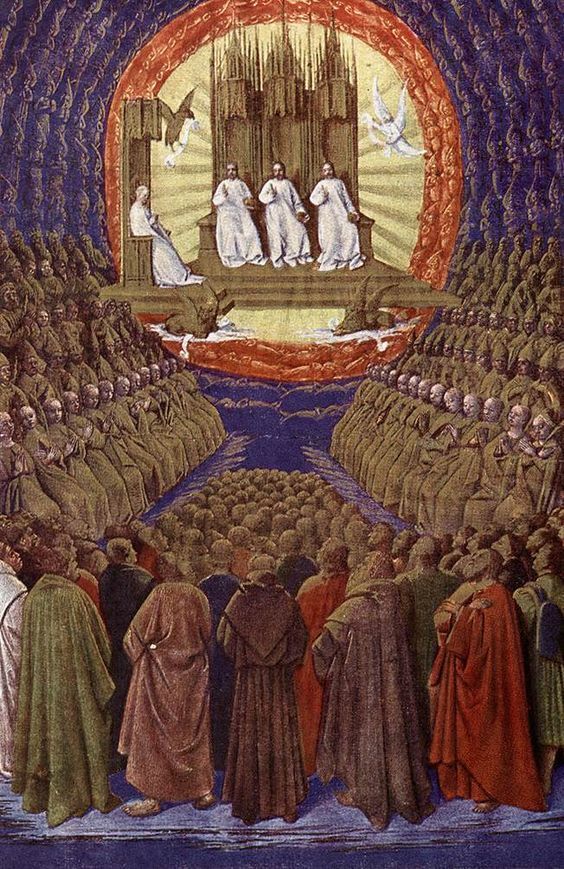 Enthronement Of The Virgin Or, The Trinity In Its Glory (Jean Fouquet, 1445, Musée Condé, Chantilly, France) google
Dan 7:9-10

As I watched, Thrones were set up and the Ancient One took his throne. His clothing was snow bright, and the hair on his head as white as wool; His throne was flames of fire, with wheels of burning fire. A surging stream of fire flowed out from where he sat; Thousands upon thousands were ministering to him, and myriads upon myriads attended him. The court was convened, and the books were opened.