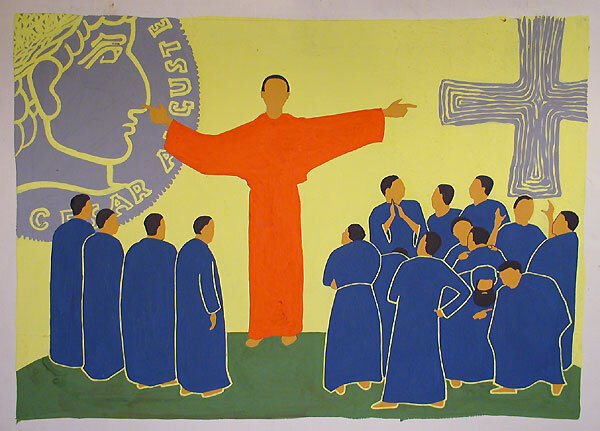 Went off and plotted how they might entrap him in speech. They sent their disciples to him, with the Herodians, saying, "Teacher, we know that you are a truthful man and that you teach the way of God in accordance with the truth. And you are not concerned with anyone's opinion, for you do not regard a person's status. Tell us, then, what is your opinion: Is it lawful to pay the census tax to Caesar or not?" Knowing their malice, Jesus said, "Why are you testing me, you hypocrites? Show me the coin that pays the census tax." Then they handed him the Roman coin. He said to them, "Whose image is this and whose inscription?" They replied, "Caesar's." At that he said to them, "Then repay to Caesar what belongs to Caesar and to God what belongs to God.".