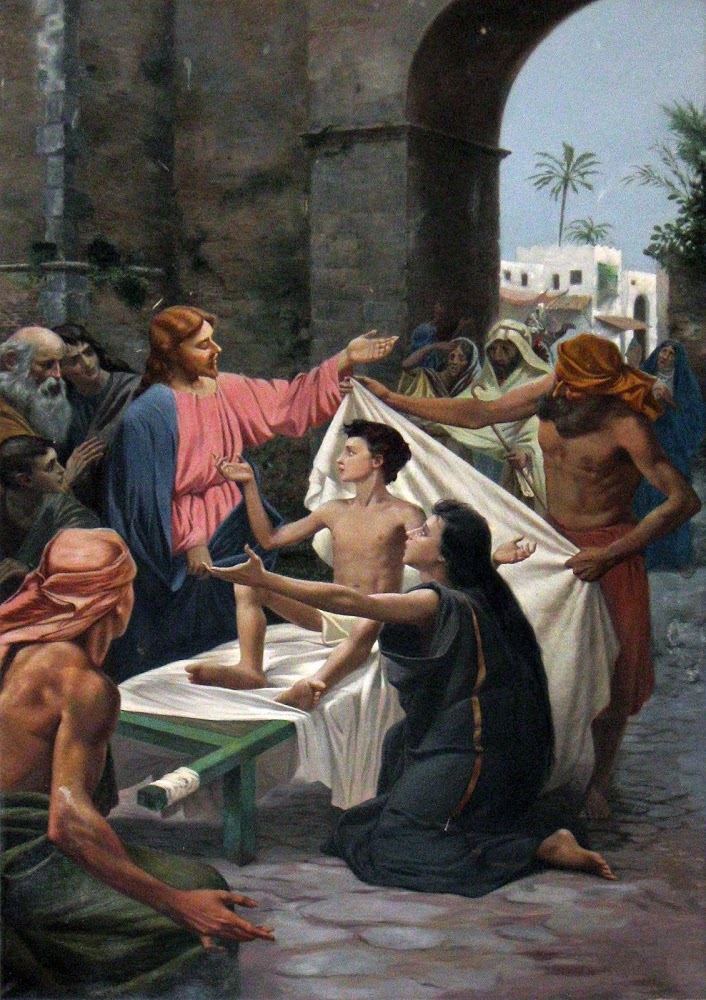 As he drew near to the gate of the city, a man who had died was being carried out, the only son of his mother, and she was a widow. A large crowd from the city was with her. When the Lord saw her, he was moved with pity for her and said to her, "Do not weep." He stepped forward and touched the coffin; at this the bearers halted, and he said, "Young man, I tell you, arise!" The dead man sat up and began to speak, and Jesus gave him to his mother.