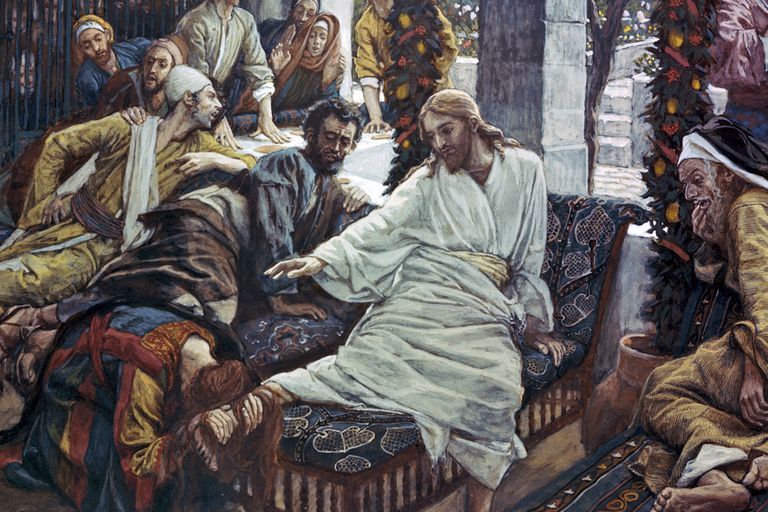 When the Pharisee who had invited him saw this he said to himself, "If this man were a prophet, he would know who and what sort of woman this is who is touching him, that she is a sinner." Jesus said to him in reply, "Simon, I have something to say to you." "Tell me, teacher," he said. "Two people were in debt to a certain creditor; one owed five hundred days' wages and the other owed fifty. Since they were unable to repay the debt, he forgave it for both. Which of them will love him more?" Simon said in reply, "The one, I suppose, whose larger debt was forgiven." He said to him, "You have judged rightly.".